I have made slow but steady progress on my Bundeswehr army since my last summary post. This is the current order of battle: 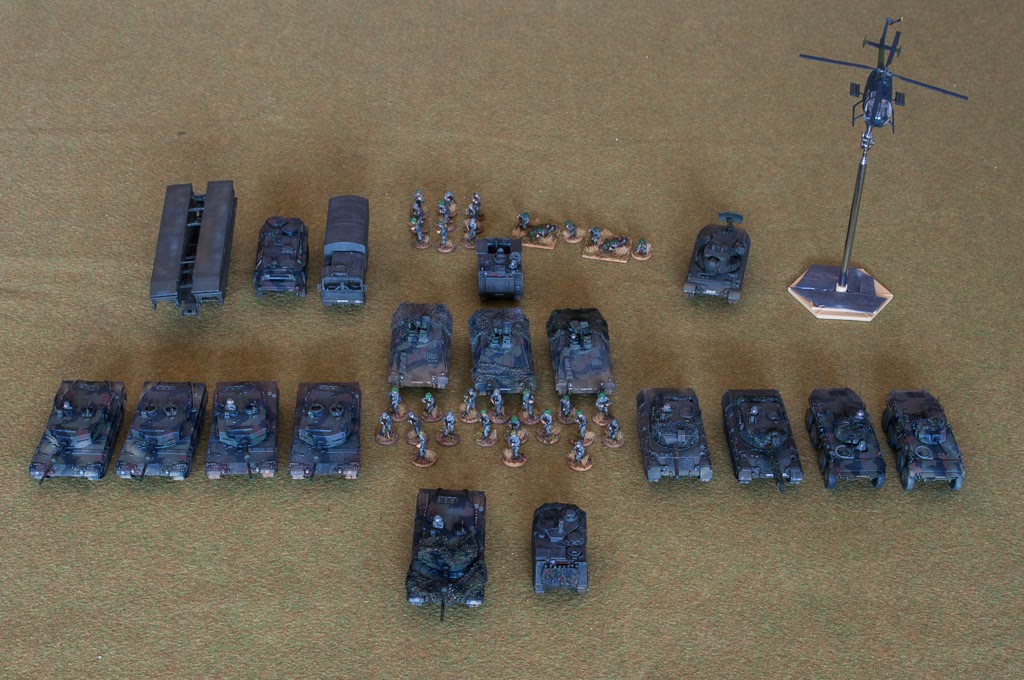 I consider the three combat platoons complete at this point. There are a couple of possible additions to the support units that I will pursue at low priority:

I have found two interesting websites about tanks with lots of background information: