When my four-year-old son announced that he wanted a model train set, I initially considered a regular digital starter set by e.g. Roco, but my wife convinced me that this was unsuitable. So we instead bought a Märklin My World set, the Fire Department starter, and a couple of extra […] 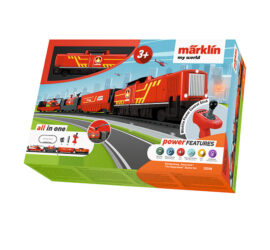